The Importance of Trust when Buying and Selling a Business 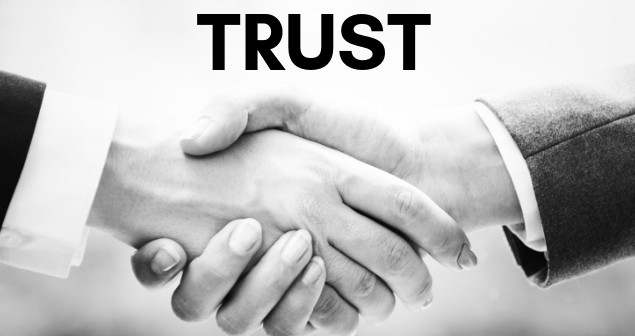 “If people like you, they’ll listen to you, but if they trust you, they’ll do business with you.
–  Zig Ziglar

Trust is fragile. When buying and selling an online business, building trust can make the difference between a quick sale or the loss of a solid opportunity

Here’s an example of what happened to me recently and how that violation of trust killed the deal.

A few months ago, I saw an ad for the sale of a business that seemed right up my alley. It was a site and IOS app in the employment field catering to service type businesses.  I won’t provide any more detail on the business for reasons of anonymity.

The backstory is pretty simple….

Entrepreneur builds cool app to help the service industry find new employees quickly. The technology served a real need and a consistent flow of customers joined the platform.  The business made decent money. Then the entrepreneur’s second business took off.

The cool app was no longer getting time and focus from its entrepreneur and a few competitors came onto the scene with similar products (and added rich new features). Many customers stayed with the platform and the business continued to drive consistent revenue (with no marketing or technology investments), however no new customers had been acquired in months

The business had flat-lined.

Although the seller did put time, money and sweat equity initially, because his second venture was making him 10X this one, he was checked out. The site did generated questions from it’s user base, some new prospects stumbled on it and asked for demos and he had to review financials and tax information periodically so it quickly became a nuisance.

He didn’t want to be bothered and was looking to make any sensible deal that would find a good home for the business. He was willing to take a 2X multiple for the right buyer.

I had been looking for a business with a proven track record that needed a bit of TLC. This one was great. The technology was sound but it needed some additional features to compete with the large competitors (who were making 5X to 30X more than this business).

The customers that were there were clearly loyal.

There was no one pushing marketing or sales (and hadn’t been in 2 years) and I felt putting a commission only sales team together would be the right catalyst to drive this business forward again.

And if it didn’t work, I felt the risk was relatively low since the ask was just 2X profit. Worse case, even if I lost some customers and didn’t gain any new ones, it would just prolong my payback from 2 years to maybe 3 or 4. Still better than any financial vehicles my advisor was pitching me.

The Letter of Intent

I put an LOI together covering the main points that are important in all Letters of Intent: the assets that were to be included, the price, the payment terms, the expectations of training, close dates, etc.

And I also added 2 items that I didn’t think would be of concern:

I really wasn’t anticipating any pushback.

Why Trust is So Important

I presented the offer in the Letter of Intent over the phone to the seller and the broker.

The seller pushed back on the Non-compete (which was odd to me as this is a very standard request in the online business industry).

He stated that he was in the process of selling off his other business and that a non-compete could hurt those efforts because it was in a similar industry. We tried to work through language that would put him at ease but nothing worked.

In the end, he finally said that if a non-compete was a requirement he had to walk away.

The Guidance on Product Improvement

During the initial first calls, the seller was very clear how the technology worked and the benefits of how it was set up. It leveraged a few 3rd party platforms, as did many of his competitors and this was the staple of how the business made its income

I was looking for assistance in tapping into some additional newer platforms that some of the competitors were also leveraging.

During the exploration of those platforms, the seller made a comment in passing that one of the base platforms may be going through some changes. He caught himself, realizing that he was opening a can of worms and quickly changed the subject

I proceeded to do some research after the call and read a lot of articles and posts about changes in privacy legislation and how this tech platform was starting to address the concern. It could have an impact with the service that we were providing

It was All About Trust

Between not being able to get a non-compete and the potential changes in the industry, I felt the risk was too high and rescinded my Letter of Intent (this is why these are non-binding by the way).

For example, he could have met me half way and stated that he would sign a non-compete but that it was no transferable to the new buyers of the other business. Or that I could give him the ability to still work at this other company in a consultative capacity as long as he committed not poaching customers. That would have worked for me since the other businesses isn’t exactly in the same field.

For the product development piece, he could have explained upfront that there were major privacy changes impacting the industry and that he had a suggested approach to address them. His other competitors were making significantly more than him and the tech platform was very similar. So how were they addressing it?

We could have found a way to limit my risk by him taking a smaller upfront down payment for the purchase and putting an earnout in place.

Instead, because he held back information (or least it was perceived that way to me), I lost trust in him.

So bottom line, whether you’re buying or selling a business, it is better to be upfront and earn that trust with the other parties. It allows for much more leniency when things go wrong and the opportunity for both parties to work together in hopes of driving to a profitable outcome for all.